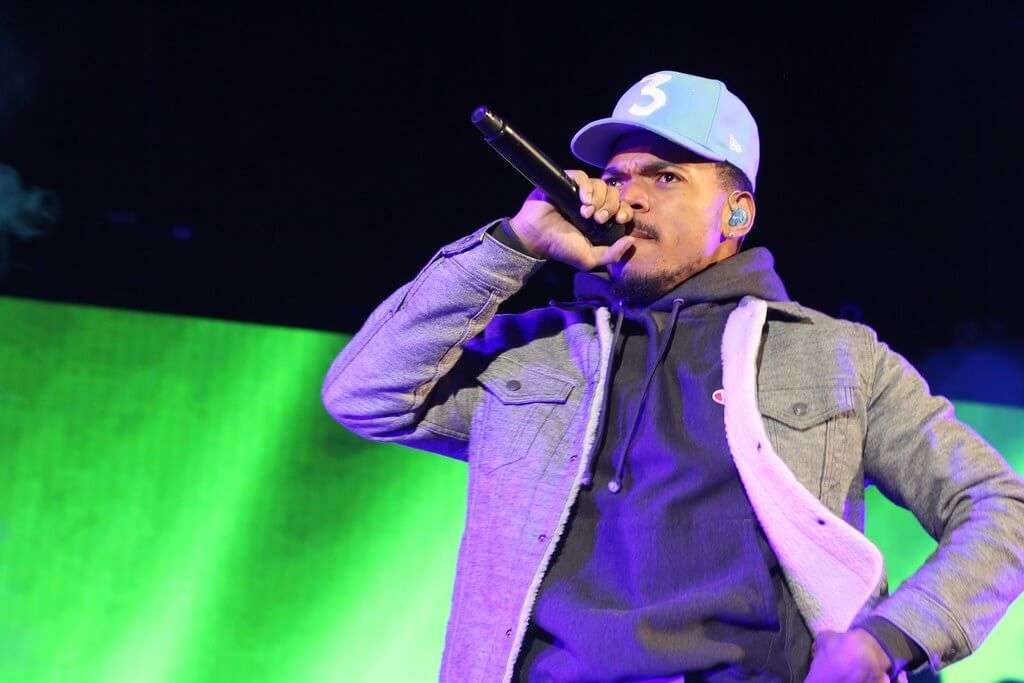 Revived by device streaming platform “Quibi” and MTV have forged a deal with “Chance the Rapper”. Grammy-winning hip-hop artist Chance the Rapper will now fill the director’s chair for the updated version of the hidden-camera show to become the new host role, previously filled by charming prankster Ashton Kutcher.

“Punk’d is one of MTV’s most iconic franchises,” said Chance in an interview. “I grew up watching this show and it’s surreal to be in the driver’s seat this time around on Quibi.”

Chance is hardly a surprising choice for hosting duties, given his history with MTV reality shows including the network’s Wild ‘N Out, hosted by Nick Cannon.

The show, from MTV Studios, will be reimagined for a new generation of viewers and available in episodes of 10 minutes or less, alongside short daily news and sports programs which is in keeping with the providers mission objective of offering viral quick content.

The show’s original version piloted in 2003 and featured hidden cameras that recorded celebrities as they were epically pranked by Kutcher. The series officially finished in 2007. Numerous reboots of the series, including one helmed by BET, have arrived and been canned over the years.

Fingers crossed “Chance” can keep the show running this time around.

The service aims to offer three hours of new content each day, with users paying $5 every month for the regular version or $8 to remove adverts.

Celebrity “marks” for the show will be announced later, although Megan Thee Stallion is featured in a short preview clip for the series. Quibi, which is set to launch on April 6, has yet to reveal premiere dates for any of its more than 50 original series.

Punk’d comes from STX Television in association with MTV Studios. The original co-creator Jason Goldberg returns, along with Ashton Kutcher, who executive produces the revival.

In the series trailer, the show appears to pick up exactly where it left off. Lucky celebrity guest Megan Thee Stallion appears as the first victim in the teaser and seems to be punked into believing that a live gorilla has escaped off the back of a truck.

While no other guests have been announced, previous stars have included Lindsay Lohan, Matthew Perry, Rhianna, Taylor Swift and Justin Timberlake.

Quibi is a tech and entertainment startup in Hollywood that plans to deliver bite-size mobile content from big industry names like Steven Spielberg, Steven Soderbergh, Idris Elba, Don Cheadle and Will Arnett and more for a monthly fee.

The platform aims to air 7,000 pieces of content a year following its North American launch in spring. So far, Walmart, PepsiCo and P&G have all signed on as brand partners.

Former Destiny’s Child star Beyonce’s “Punk’d” episode is absolutely hilarious. This superstar shows up for a Christmas event for underprivileged kids, sings “Silent Night” for them, then is entrusted with adorning the star on the giant tree.

Lo and behold, as soon as she starts placing the star, the tree falls over. At Kuther’s behest, the children start yelling “you ruined our Christmas” and put Beyonce in an awkward position. Chance the Rapper is good friends with Beyonce, so hopefully, there’s a part two for the celebrity.

Kutcher made Justin Timberlake’s heart skip a beat for this “Punk’d” episode. The Inland Revenue Service comes knocking at Timberlake’s door, claiming that he owed $900,000 in back taxes. They raced into his house and started repossessing his things, a young and an incognito Dax Shepard at the head of the prank.

The singer ended up calling everyone for help, looking forlorn on the front porch of his home. Coming to the rescue, Kutcher came in smugly, Timberlake relieved he wasn’t in actual trouble.

Kutcher wanted to teach Elijah Wood a lesson in smoking, naming the episode “Don’t Blow Smoke Up My Ass”. Wood and his friend were smoking and driving, and stopped by a giant trash bin to throw a cigarette in a can away.

To Wood’s dismay, it was a bin with flammable material that exploded from the cigarette and threw debris on top of another person’s car. That person came out yelling, the cops came, and Wood looked helpless until the crew revealed the truth.